Helena walks in the gardens of the Versailles palace, photographing statues of antique gods. Through her camera, she perceives the presence of a male statue who has come to life and is lurking around her. She runs away, but the statue finds her. Helena decides to face it.

Director Bertrand Normand studied filmmaking at the Vancouver Film School in Canada and acting at the Jack Garfein Studio in Paris. He is mostly known for his documentaries, among which “Ballerina,” about Russian female dancers from the Mariinsky Theatre, and “Tchaikovsky on the Road,” about the world famous conductor Valery Gergiev. Yet his primary vocation is fiction.

His short films mix up fantasy with other genres: comedy, romance, or thriller, and deal with the complexity of male-female relationships as well as the dance between reality and imagination. The Photographer is for Bertrand a decisive step towards directing feature films. His first fiction feature is currently in development. 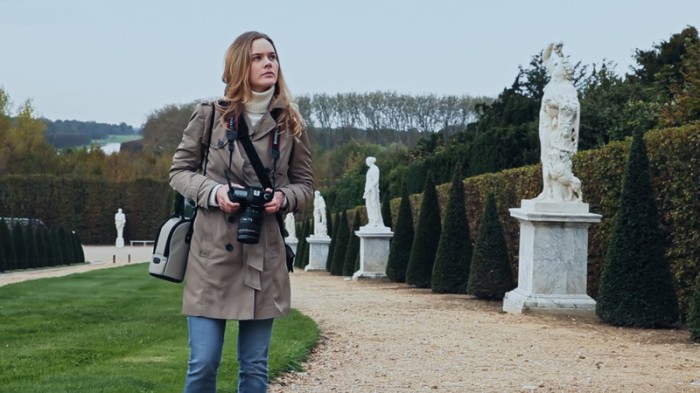